Any orders placed from 27th July, will not be dispatched until 17th August.

This is some textClaire Howard Home pageinside of a div block. 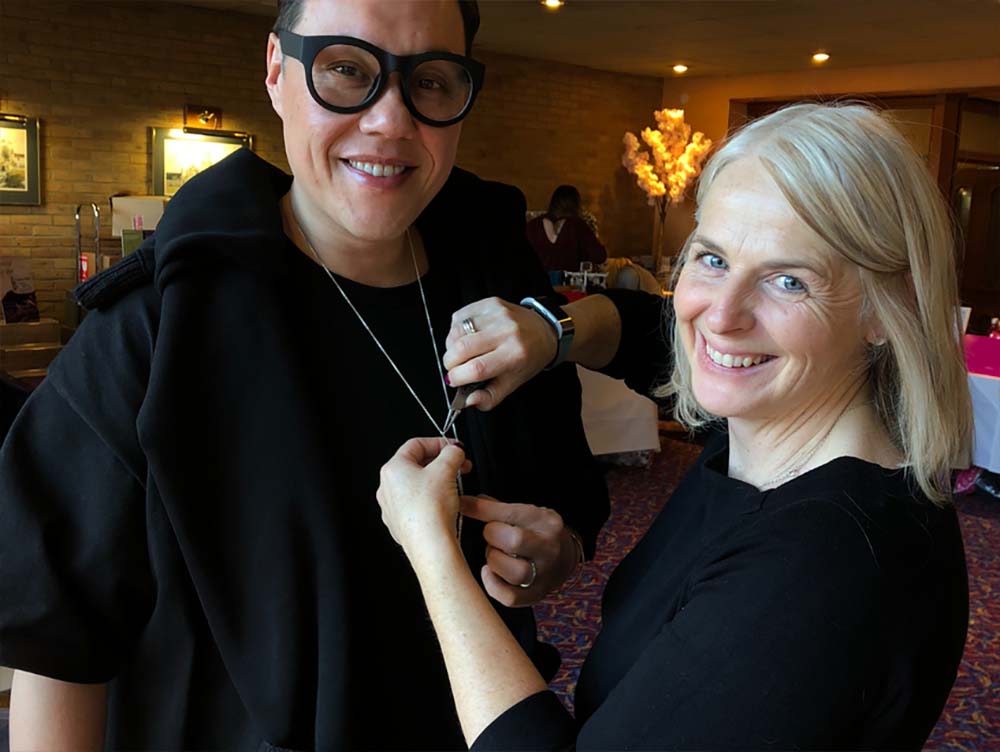 If you have seen my social media feed recently you will know how I have been brushing shoulders with Gok Wan!  I was so star struck.... he was the nicest person to meet, not affected at all, calm, kind but funny and exactly how he appears on the television.  Let me go back a bit....

I was contacted via his 'team' to take my jewellery to his Dreamspace (his retail area) for his latest tour which was popping up in Norwich - I didn't need to be asked twice!  I've followed Gok for years, avidly watching his shows, and listening to him on Desert Island Discs and Fearne Cotton's podcast, he's a favourite of mine.  I did take 2 friends along - one invited herself but it was a good job she did because when Gok arrived with a wardrobe malfunction (no jewellery!) she was able to talk sensibly as I could only babble incoherently!

Gok's tour had a really interesting premis behind it - that the current high street is struggling but there is a local, not a big brand high street that is also there and needs our support.  Consequently all the outfits, models, make up artists, dreamspace retailers were local brands..... and did they have some beautiful products?!

Gok had put together a catwalk of over 100 outfits, he talked everyone through how to know if you are wearing the right bra!  He did a question and answer session which covered many things from moving away from black clothes to what to do when you are on a weight loss journey.

By far the best part of the day was meeting Gok himself, but also to take part in a show empowering women to wear whatever they want to wear - no matter what anyone says was uplifting and it wasn't just the goody bags which put a smile on everyone's face at the end of the day!

No items found.
By clicking “Accept”, you agree to the storing of cookies on your device to enhance site navigation, analyze site usage, and assist in our marketing efforts. View our Privacy Policy for more information.
Accept